But they say the case might be even worse for the Samsung Galaxy S6 Edge.

It wasn’t too long ago when Apple found itself bombarded with controversies after iPhone 6 users found themselves complaining that their newly acquired phones were easily bent.

Not long after the then-newly-launched iPhone 6 handsets were acquired by the eager consumers, the iPhone 6 users who expected their new phones to be just as sturdy as the previous iPhones were in for a surprise after some of them found their new handsets bent easily even when they were sitting silently inside their owners’ pockets.

A few months later, it was also found that it wasn’t just the iPhone 6 that so easily bent under pressure, it appeared that the case was the same for other Apple devices that were made thinner and lighter by the company in an effort for the devices to bring more comfort to their owners. This included Apple’s iPad Air, which was the thinnest tablet that the company has came up with so far.

It appears that when these devices are placed under a certain pressure, they tend to bend very easily.

Although that ‘slight’ setback wasn’t enough to bring Apple’s best-selling gadgets down, it looks like theses iOS devices will be living with its #bendgate shadow for a very long time.

And it appears that so will Samsung, now that it has been found that the Samsung Galaxy S6 Edge bends just as easily— and with potentially even worse results.

An electronic insurance company called SquareTrade came up with their very own “bend bot” specifically designed to put the latest mobile phones on a pressure test. A video recently released by the company showed the “bend bot” putting the iPhone 6 Plus, the HTC One M9, and yes, the Samsung Galaxy S6 Edge under a rigorous pressure test wherein the bot applies pressure in the center of the mobile phones until the gadgets bend— to show just how long the mobile phones could last when put under pressure.

And this is what happened. 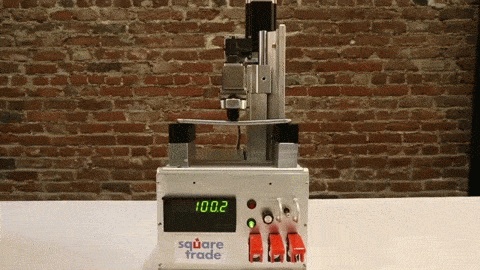 The HTC One M9 said goodbye at 120 lbs., where it bent and broke at the same time, since the power button was located at the center of the phone; obviously, without the power button, the phone won’t work at all. 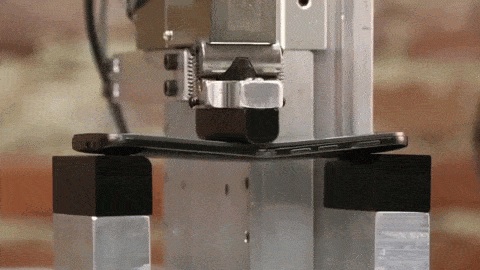 The Samsung Galaxy S6 Edge bent at 110 lbs., the same as the iPhone 6 Plus, but its screen has already cracked at that point. Although it was still completely functional even with a cracked screen, the device completely broke at 149 lbs., and its screen glass— completely shattered.

See the video for yourself:

Althea is a philanthropist and a hesitant writer who loves sleeping more than anything else.

Did you know, that almost 60% of drivers use their phones on the road? The numbers from our piece today could not be clearer…